Technically it is impossible to generate a pure raw file from a JPEG. But what Topaz has managed to do here with their JPEG to RAW AI software is truly praiseworthy.

When it comes to post-processing the images, raw files are way superior compared to JPEGs. That’s because the raw images have an upper hand thanks to the amount of data that they store. Since raw files record a greater amount of data, they have greater dynamic range and greater color information. JPEGs, on the other hand, are highly compressed images and lack the flexibility that comes with raw files.

Get Your Topaz JPEG to RAW AI Deal Here

This is why, when post-processing JPEG files, we can notice that certain artifacts and noise get introduced in the image. Since the file is already greatly compressed, the scope of recovering details is narrowed down tremendously which gives rise to the aforementioned challenges.

So, what if you want to retouch some of the old images that you’d taken in JPEG? Or what if you want to revisit and process some of your old photos, but have no access to the raw files? Well, you can do so to a certain extent with the JPEG file but will have to make compromises in the process.

Never had we thought that we would be able to edit JPEGs just like we do with raw files. But with this piece of software called the Topaz JPEG to RAW AI, the impossible almost seems possible. In short, this software lets you edit JPEGs as if they were originally shot in raw. And Topaz Labs, the makers of this software, credit this breakthrough to artificial software (AI) and machine learning.

JPEG files typically can capture about 8 stops of dynamic range. Raw files, on the other hand, can capture about 15 stops depending on the sensor type. Topaz JPEG to RAW AI can analyze the JPEG file that has been fed to it and create an output that has a greater dynamic range than the original file. Because of this, I noticed that I was able to recover a greater amount of shadow and highlight details.

What I was most impressed with when working with Topaz JPEG to RAW AI was the mere absence of any sort of artifacts. Working with the software is so seamless and it is really amazing how it manages to preserve the details. It really feels like working with an original raw file. According to Topaz, that’s because they’ve trained their neural network on a large number of high-quality raw images with their corresponding JPEG version. This way, the neural network remembers the correspondence and will output higher quality images even when given a new JPEG image as an input. Sounds really impressive right?

How to Convert JPEG to RAW

Being a standalone software, you cannot launch Topaz JPG to RAW AI from another software like Lightroom [2] or Photoshop [3], as a plugin. You have to launch it as you would launch any other software. Once the software is up and ready, you have the option to either work with a single image or with a batch to save time.

Like with any other software from Topaz Labs [1], the interface is very simple and user-friendly. It’s to the point without much of a fuss. Even the controls that you’ll see for image processing are minimal but it gets the job done. You just get the option to adjust the amount by which you want to reduce JPEG artifacts and to remove blur. If you want, you can even leave it to auto and let the software run its magic. One thing I didn’t like was how the preview refreshed every time I made any adjustments. That slowed the process down to some extent. I wish there was a dedicated button to refresh the preview once I was done making the adjustments.

Another set of options that you’ll see in the software is to set the file extension. You can either choose to save the output raw file in DNG, TIF, or TIFF formats as per your preference.

I was really excited to try out this software so I opened up a high-contrast black and white image with crushed blacks. I knew this would be an extreme test for the software but I really wanted to see how much I could push it.

At first, what impressed me was the fact that the raw preview actually came out more detailed and sharper than the JPEG input. That’s the software’s AI building on the details that were already there on the original JPEG.

After some simple adjustments to reduce blur and jpeg artifacts, I exported the file in DNG format and opened it up with Camera Raw. Here, the real surprise kicked in when I pushed the exposure and raised the shadows up to the extreme. I did the same thing with both the original JPEG file and the exported DNG file, and the difference was pretty obvious.

Here’s how the original JPEG file broke into pieces. There were visible grey patches in the shadow regions and everything appeared blotchy.

Whereas, when I applied the same exposure settings on the DNG file, it held up quite well. Although I pushed the software a bit hard, the result was very much impressive. Artifacts are minimal and the details are well preserved.

Once I was done playing around and trying to push the software to its limits, I tried out some serious editing and was again awestruck. Working with the DNG image felt like working with an actual raw file from a camera. I could barely notice any difference. The extent to which I could recover shadow and highlight details was definitely greater in the DNG file. This is to say that the output file actually had a greater dynamic range that I could play around with. The difference was day and night. 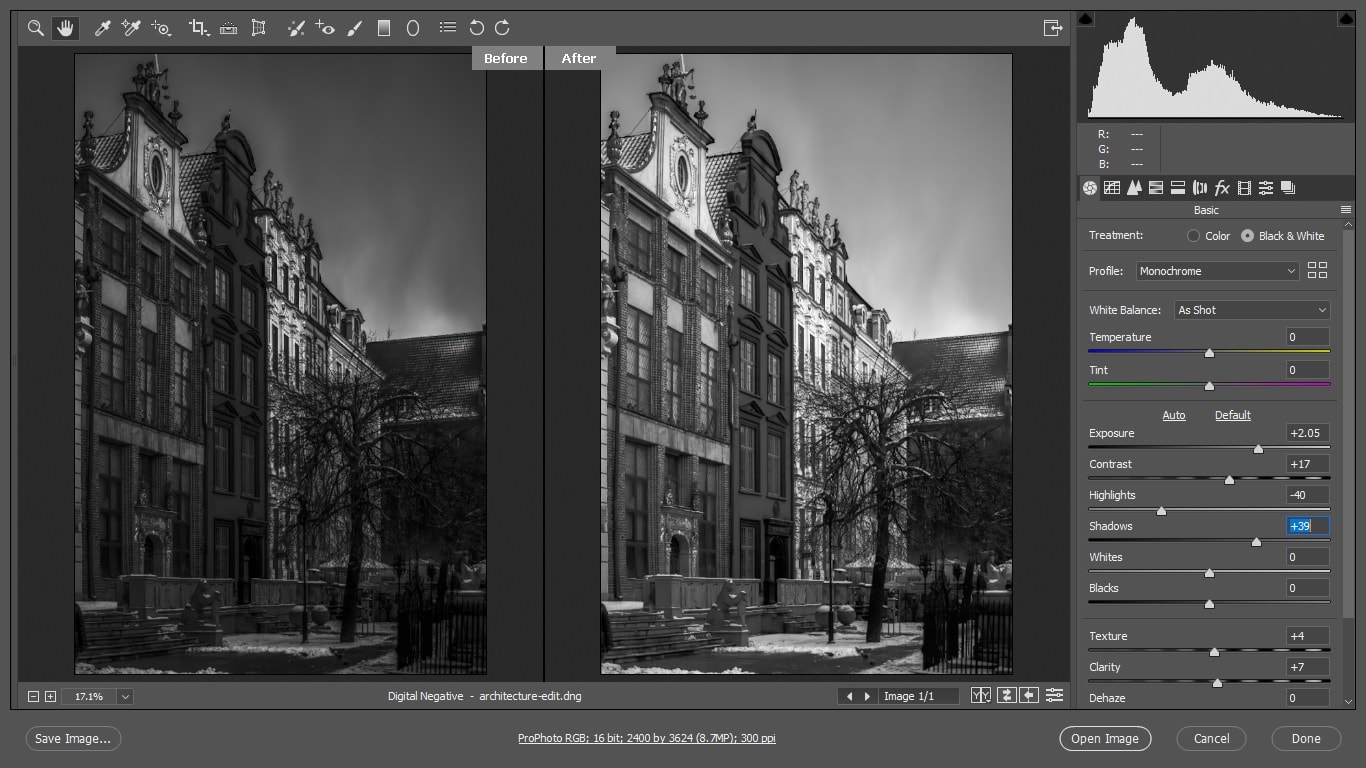 Why Use Topaz AI Raw?

Technically it is impossible to get a raw file out of a JPEG. But what Topaz has managed to do here with their JPEG to RAW AI software is truly praiseworthy. Remember that this is not an alternative to shooting in raw. However, if you have a good number of jpeg files that you need to edit differently, Topaz JPEG to RAW AI will definitely be able to come to the rescue to a greater extent.

The software does a great job of getting rid of artifacts, enhancing the details, adding in some dynamic range, and even expanding the color space to ProPhoto RGB. So, if you are a photographer who needs to rescue some old JPEG files, I highly recommend that you try out Topaz JPEG to RAW AI. You can either download a free and fully functional 30-day trial at Topaz Labs website or purchase it for US$ 99.99.

Get Your Topaz JPEG to RAW AI Deal Here

Topaz creates products by talking to users, finding their problems, and solving them. If editing is taking you too long then check out Topaz Studio 2 (see our review here). It’s a one-payment full photo editing suite that allows some very quick and powerful edits. 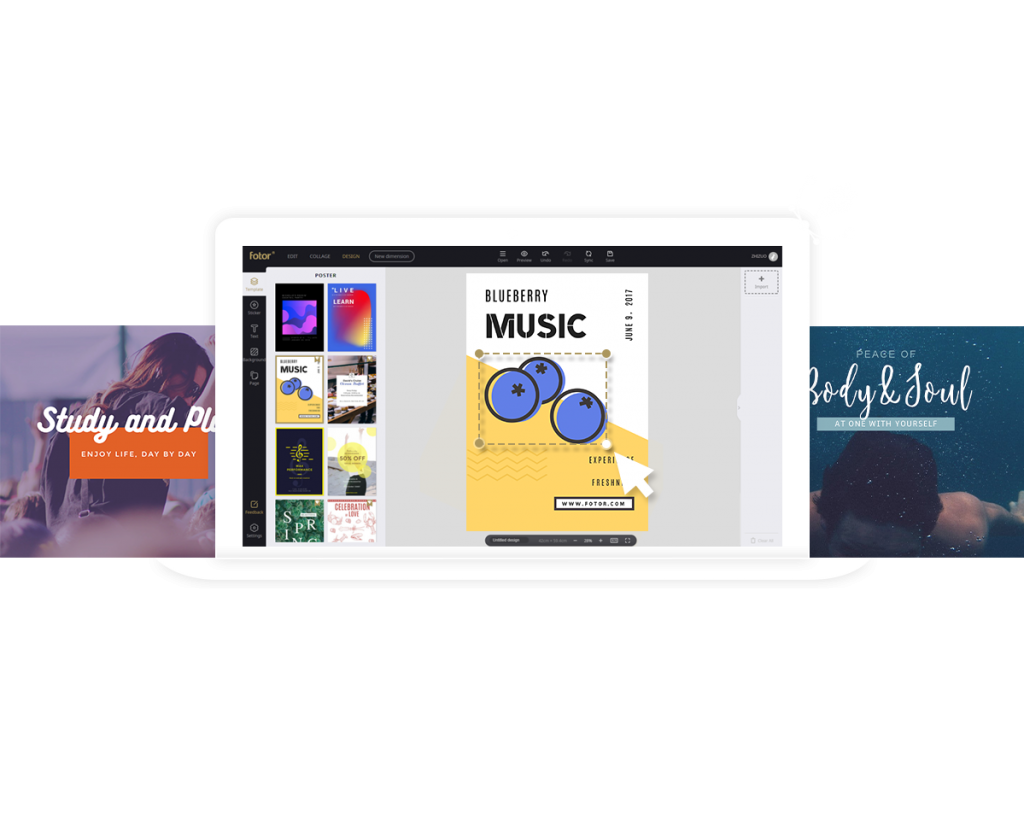 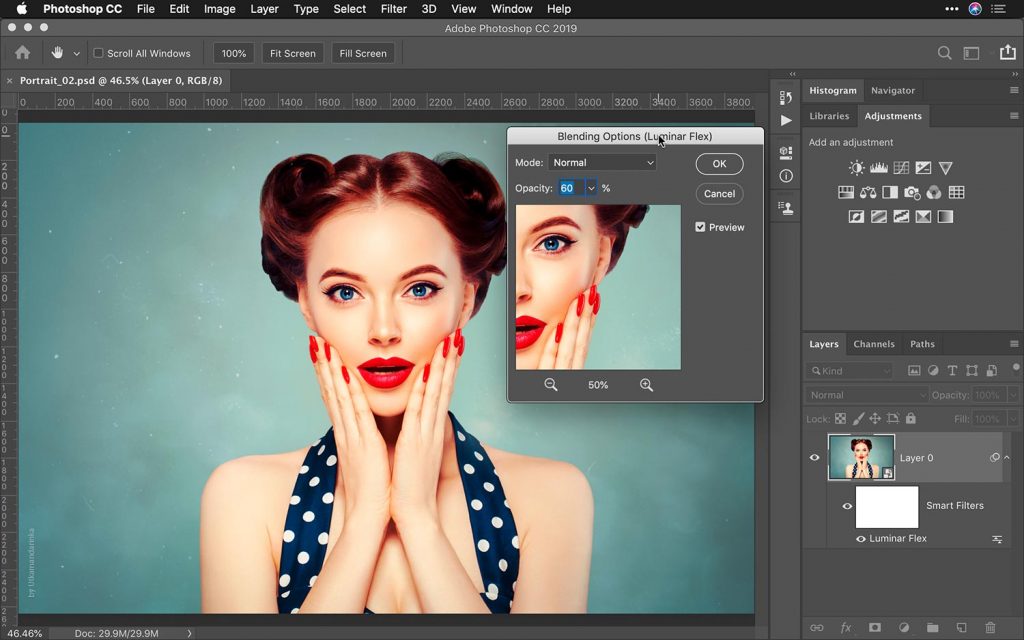 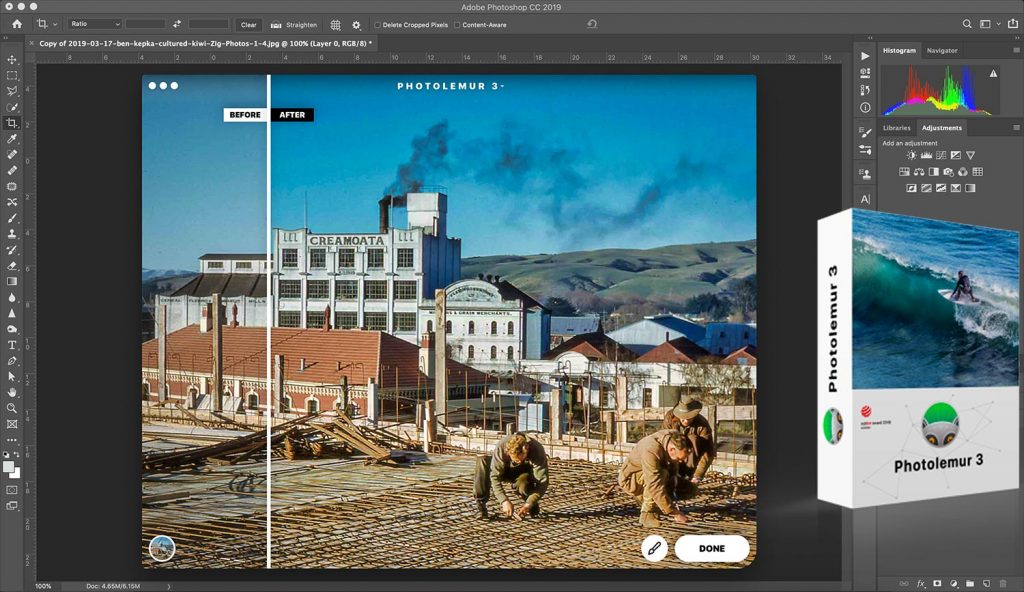 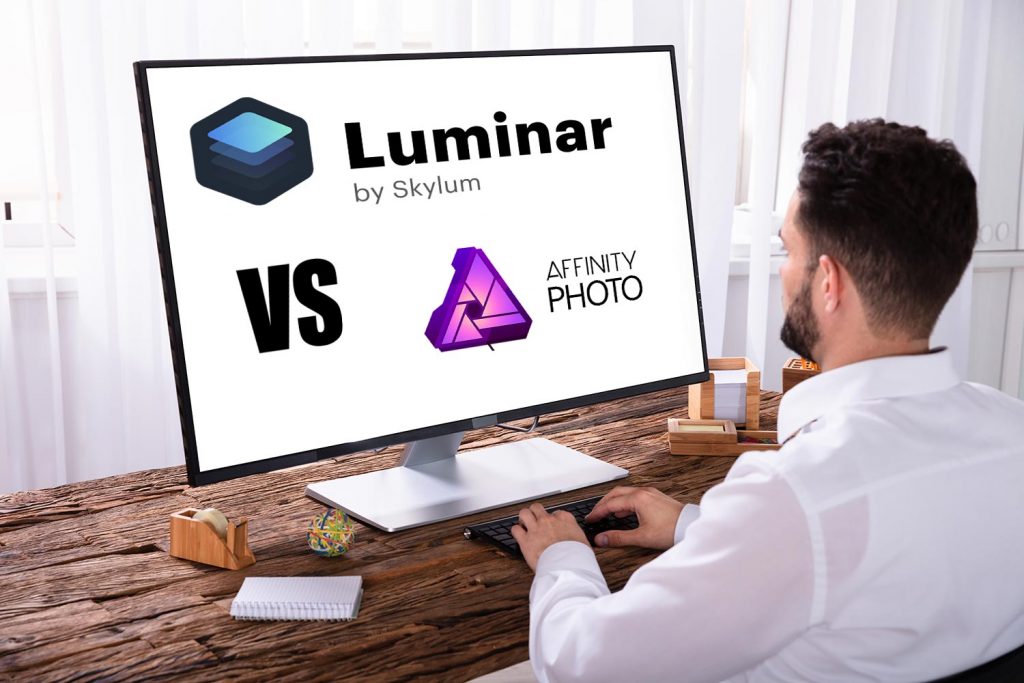 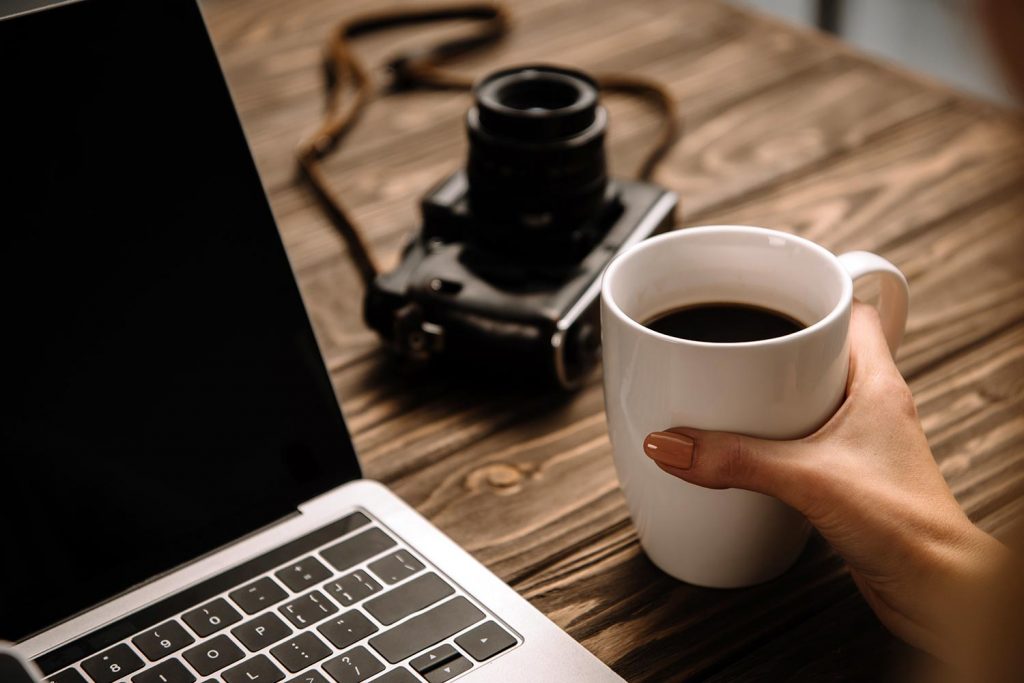 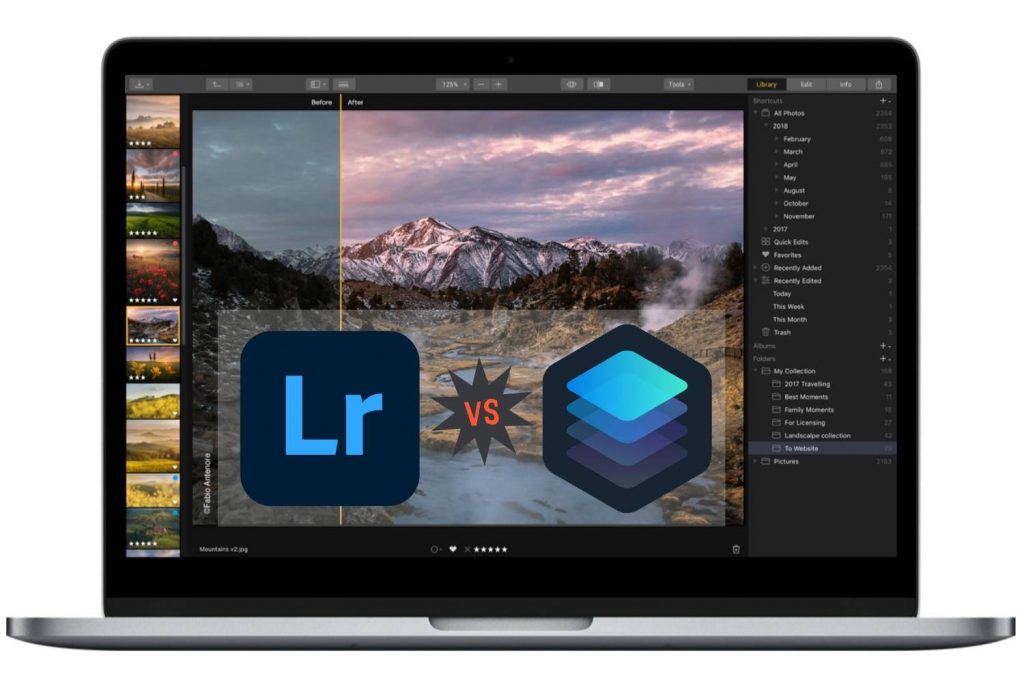