If you come across any film photographer who prefers to shoot in black and white and ask them about the Kodak Tri-X, you are sure to hear a lot of good things about this film. On the other hand, if you ask the same pool of photographers about the TMax, you will be surprised by the level of polarity in the answers. Many love it, while many others have not had a good experience with it.

Each of these films produces images that have a certain character to the images. Also, the films have certain capabilities of their own as far as pushing them is concerned. In this post, we’ll take a look at how these two films compare to each other so you can decide which one works best for your style of photography.

The Kodak Tri-X 400 is a high-speed panchromatic black-and-white film that’s great for shooting in conditions that’s less than idle. The high sensitivity of ISO 400 means that the film can capture enough information to expose the image well even at shorter exposure durations. Similarly, if you need to shoot at faster shutter speeds, the higher sensitivity of the film will allow you to do so. Tri-X 400 film (400TX) is also an excellent choice for push-processing.

Some key features of the Kodak Tri-X film include:

Overall, the Kodak Tri-X is a highly versatile film that was once quite popular amongst photography enthusiasts and photojournalists alike. The all-round nature of the film also makes the Tri-X 400 a standard choice for photographing in difficult lighting conditions.

The Kodak TMaX 400 is a more contemporary film compared to the Tri-X and the results from it are also comparable to that from a digital camera. The TMaX 400 (400TMY) is a continuous-tone panchromatic black-and-white negative film. The higher ISO rating of 400 on the TMaX makes it useful for photographing dimly lit subjects, or fast-action photography. Regarded as one of the sharpest films available, the Kodak TMaX 400 has a very high resolving power and allows for a high degree of enlargement.

Some key features of the Kodak TMaX include:

The Kodak TMaX is capable of producing results that appear highly detailed and have a contemporary look. The results also pack a punch and the high quality with which it renders an image makes it an idle choice for photographers who need to enlarge their work.

The biggest difference between the two films is the shape of their grain. The grain in TMaX is much finer compared to those in Tri-X. What this means is that while the grains in the older Tri-X can be more pronounced, the results from TMaX appear much more refined and the images appear well defined. The answer to which one is better all boils down to personal choice as this is mostly an aesthetic choice.

READ
How to load film

A prominent difference in image rendition that you can see in these two films is the way they render contrast. If you look at an image taken with a Tri-X, the image appears sort of flat. This is also due to the fact that they have a larger grain size. The blacks are not deep and this gives a feeling that the images from the Tri-X lack a punch. If you’re up for a film that delivers a classic-film look,  the Tri-X is what you should definitely consider. 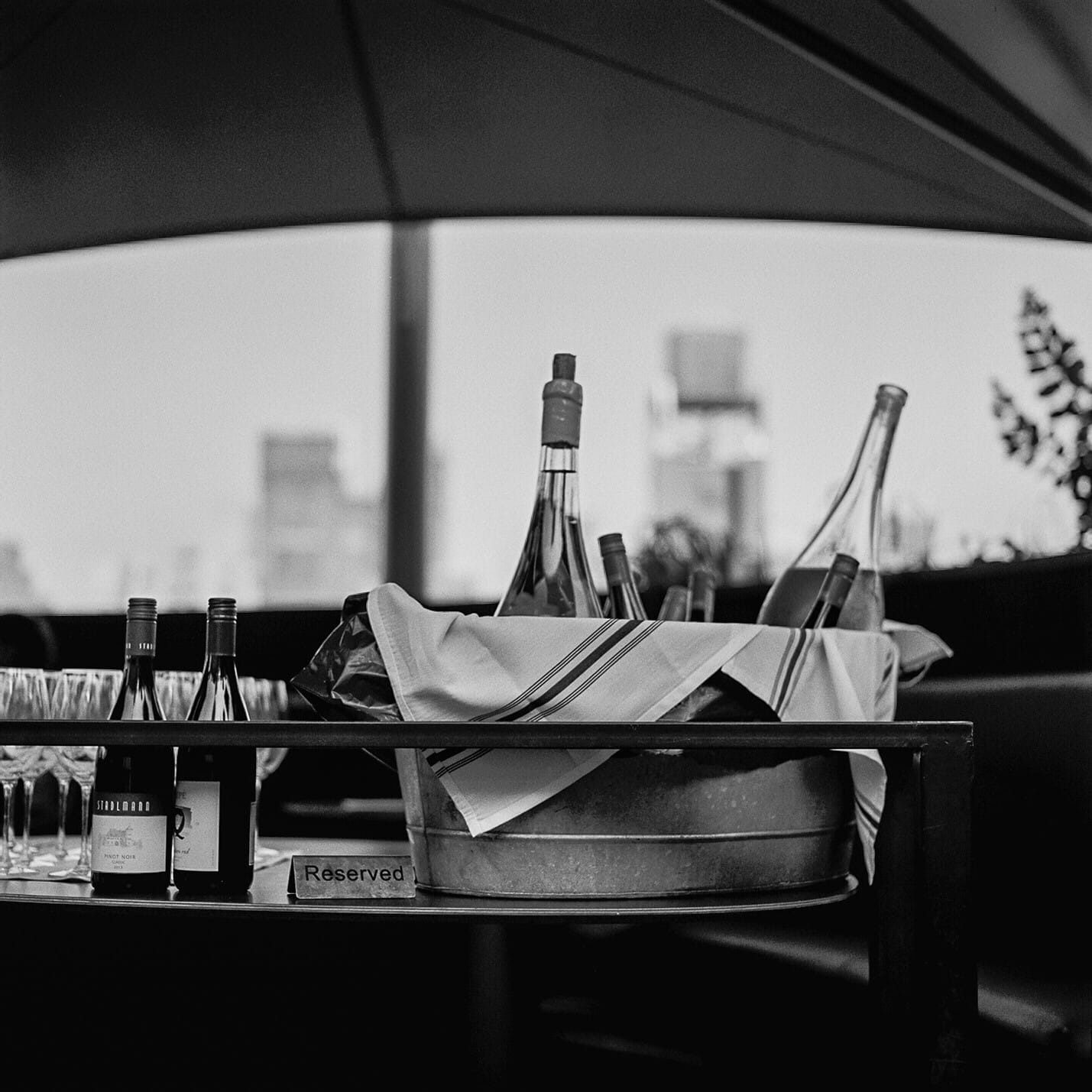 Shot with the Tri-X 400 by Brian Dieck

With the TMaX however, you can see that the images come out with ample contrast. There is a pronounced difference between the highlights and the shadows with the blacks shadows being much deeper. The much finer grain structure of the TMaX films is what gives them the ability to render such results. The deeper blacks with bright highlights mean that the images definitely pack some punch in this case. As a result, the images do not portray a classic look. They can appear more like they were taken with a digital camera. Based on your preference and/or requirement, you may or may not like this look. 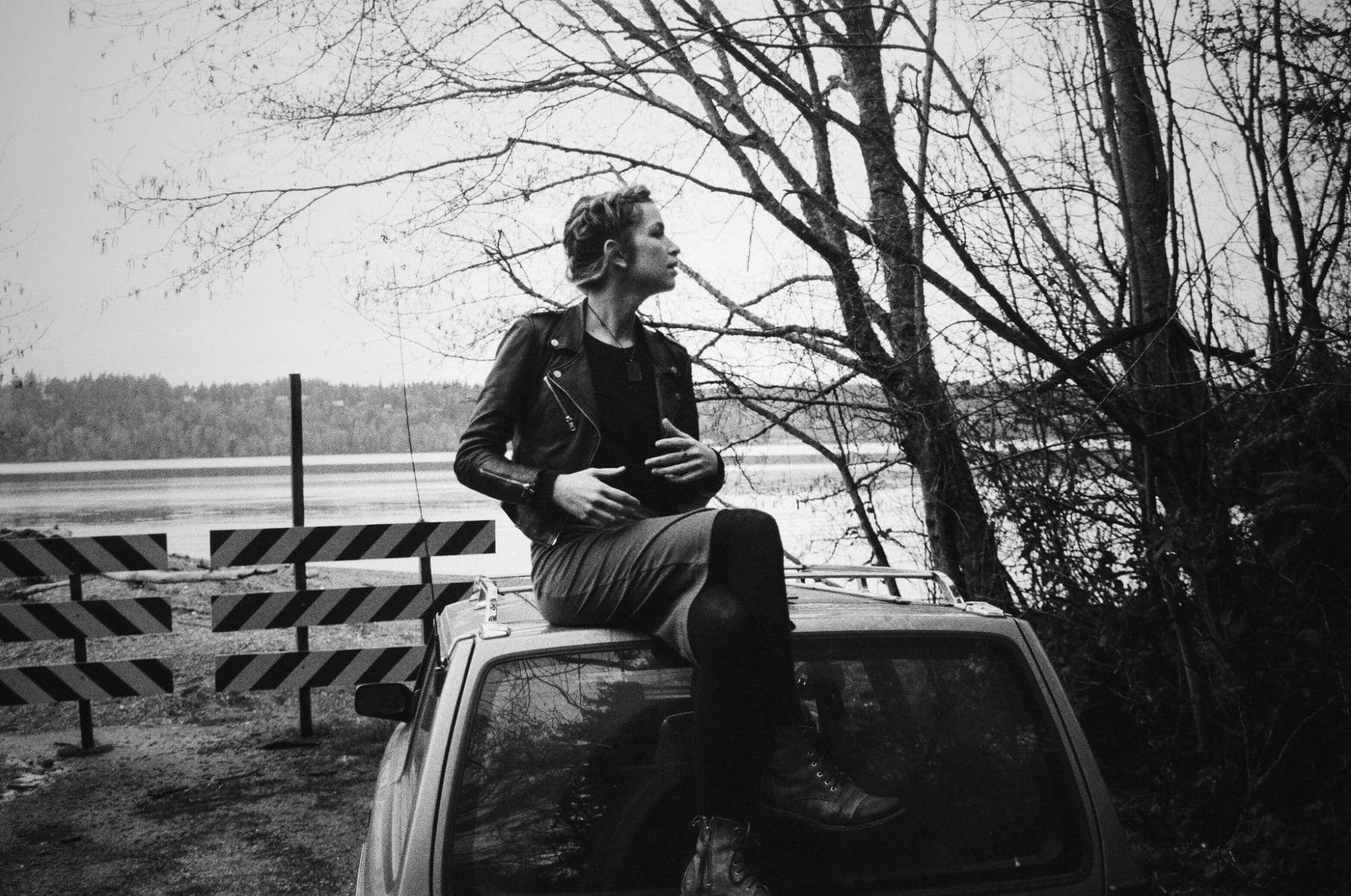 By tolerance, I here mean how much forgiving these films are in case things go wrong when exposing the film. Unlike digital, films naturally have a greater tolerance to highlights i.e. they can be recovered easily even up to 3-4 stops of overexposure depending on the film. But the same cannot be said regarding shadow information. Films are generally not good at it.

READ
How to Develop Film at Home

Now, looking at the contrast characteristics of both the Tri-X and the TMax, the flatter profile of the Tri-X gives it a certain advantage. With the higher contrast of the TMAX, chances that the blacks in the shadows get crushed in the case of under-exposed images are very high. This can lead to muddy looking images when we try and recover the shadow details in post. But the flatter profile in Tri-X’s case means that shadows do not get crushed even if the image is 2-3 stops underexposed.

In short, the Tri-X gives you a little extra leverage and is a bit more forgiving if you underexpose the image.

Pushing or push process is a technique that allows you to expose a film at high film-speed numbers for conditions such as low-light (for acceptable hand-held shutter speed), fast action, or even for existing ambient light for creative effects. You can push a film by setting your camera’s ISO at a higher rating than the film’s box speed. Doing so will make the camera believe that the film is more sensitive than it really is and will shorten the exposure time. Doing so also has the effect of making the images appear more contrasty and grainy with loss of shadow detail.

TMaX has a slightly lower push latitude than Tri-X. This is not to say that the TMaX cannot be pushed; just that the Tri-X shines in this aspect as well thanks to its versatility. TMaX can be easily pushed by 2-stops to 1600 and it still renders image beautifully. Whereas, the Tri-X can still retain some reliable results even when pushed to 3200. Beyond that, you will start noticing the difference. 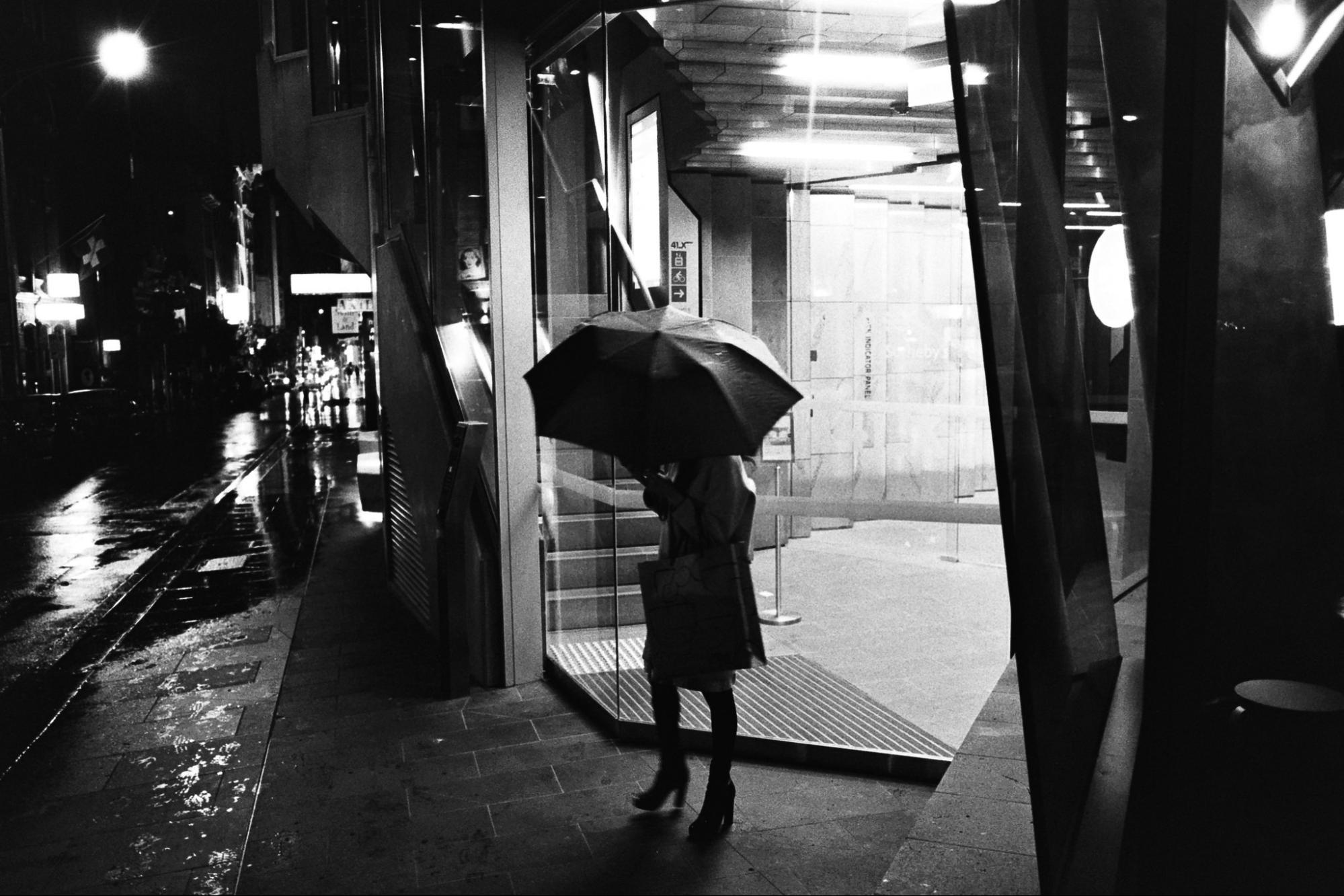 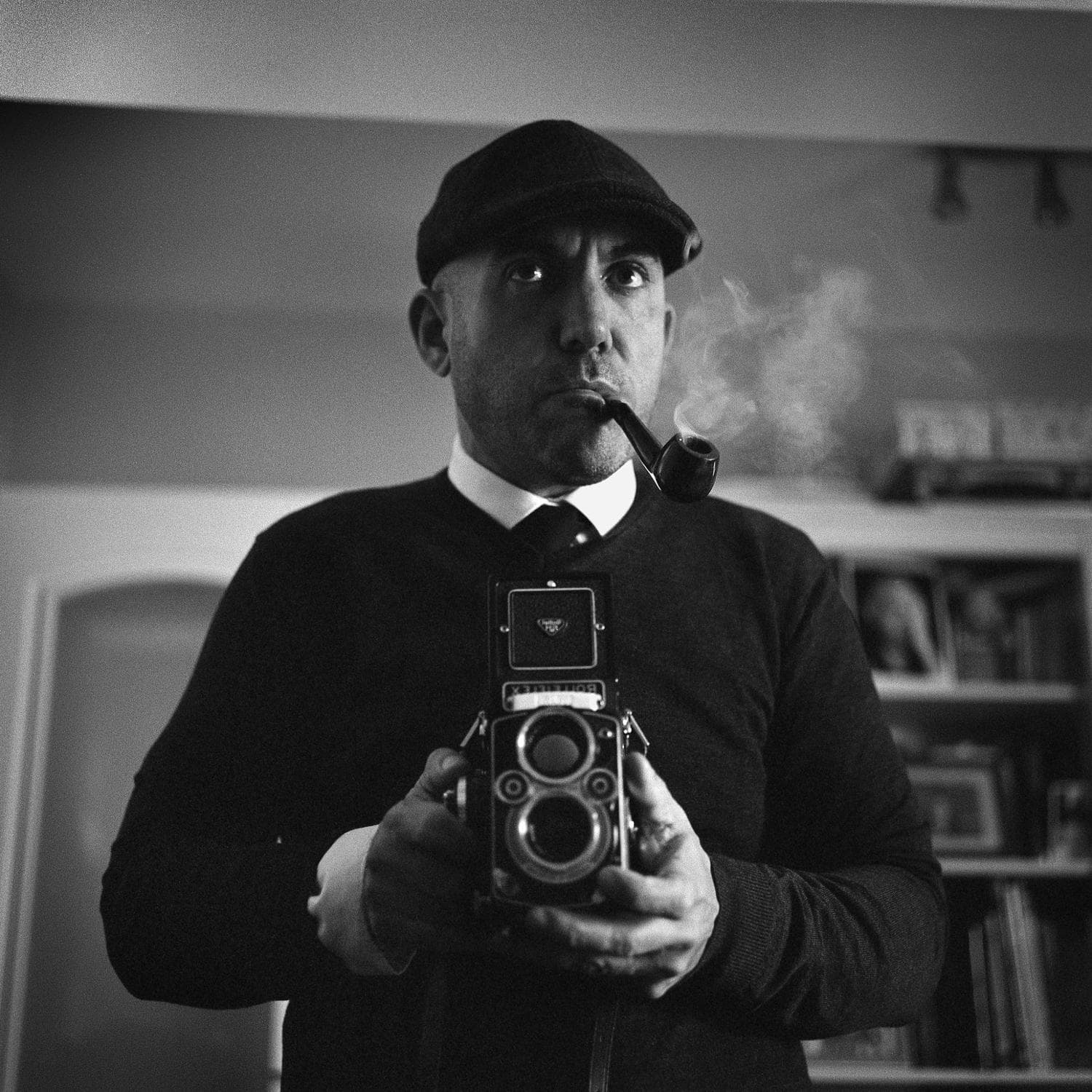 Final Verdict on Tri-X and TMaX

Tri-X and TMaX both are amazing films and the answer to which one you should be using boils down to personal taste. If you are a beginner, I’d recommend that you get started with the Tri-X because of its low contrast look. Remember, in photography, it is always easier to add in post than to take away that’s already present. This characteristic of the film also makes it a little more forgiving in case of exposure errors.

On the other hand, if you know what you’re doing, if you need a more contemporary look, or just high resolution and sharper results, TMaX is what you should be looking at. The finer grain structure and the greater resolving power of the film will get you wonderful results.

As for availability and pricing, both of these films are readily available in any of your favorite camera stores including online stores. And considering that the TMaX is a more modern-day film, it will cost you a little extra compared to the Tri-X.